Embodied, nonverbal literacies encompass ways of making and communicating meaning that are not limited to talking, reading, and writing. Embodied literacies draw on all the senses, and use tactile, gestural, spatial, and visual resources for making meaning[1]. Traditionally, research has tended to focus exclusively on linguistic aspects of literacy, such as talking, reading, and writing. Recent studies in early childhood education (ECE) have highlighted the value of considering the multiple, holistic ways that children make and share meaning using different modes, including gestures, images, and movements as well as sounds, words, and print[2].

In any ECE context, there will be multiple examples of children engaging in embodied literacies as part of their everyday social interactions. For example, imagine the following scenarios:

In addition to oral, audio, and written literacies, children make and share meaning with others in embodied, nonverbal ways during play and social interactions. There are many different ways young children might engage with embodied literacies through play in their ECE and home contexts[3]. These include:

The above list teases out some examples of meaning-making in different forms, but it must also be acknowledged that, in reality, people use multiple modes to communicate at any given time. For example, think about the last time you had a face-to-face conversation with someone – it is likely that it involved not only words but also mutual facial expressions, gesture, body actions, and perhaps even touch and noises too! Communication and literacies typically involve people selecting combinations of modes to suit their purpose and context for making meaning.

Why embodied literacies are important

It is natural for young children to express themselves in multimodal, whole-body, and sensory ways rather than privileging one form of communication over others[4]. Opportunities for sensory, embodied exploration in ECE settings allow children to express themselves holistically and in ways that might include, but are not limited to, talk and print. Such opportunities value and build on children’s strengths and interests, as well as the cultural patterns of making meaning they bring with them from their home environments. In this way, embodied literacies recognise the wide range of resources children have available for learning. This is not only important for infants and toddlers who cannot yet talk, but also for children who are learning multiple languages or who communicate in non-verbal ways, such as through sign language or via augmentative and alternative communication (AAC) systems. The more ECE teachers understand about multimodal literacies, the more they will be able to create an environment where young children can communicate and learn via multiple forms[5]. This creates many possible avenues of access for children to create and share meaning beyond narrow conceptualisations of literacy limited only to print and talk.

Teachers can intentionally support embodied literacies in ECE settings by taking time to observe the variety of ways that children share meaning with others during everyday interactions and play. Teachers can extend learning by noticing, recognising, and responding to children’s multimodal signs of meaning, which may be as subtle as an eye blink, a point, or a shrug of the shoulders. Intentional teaching practices also include the documentation of ways that children communicate with others, which is essential to recognising patterns and progress over time. Sharing observations as a teaching team, as well as with children and families, is also critical in order to build a holistic picture of children’s communicative strengths, capabilities, and challenges. 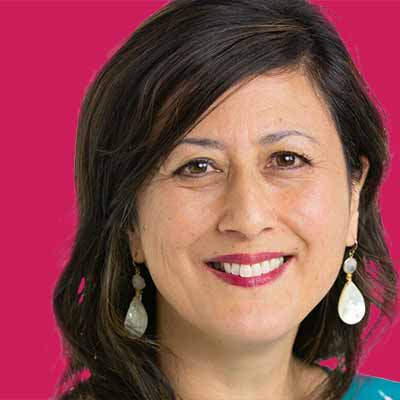 Amanda is a Researcher | Kairangahau at the New Zealand Council of Educational Research (NZCER). Her research interest centres on early childhood communication and literacy, including using video methods to explore children’s multimodal story interactions in a culturally and linguistically diverse community. Previously, Amanda worked as a speech-language therapist with children, families/whānau and teachers in family homes and early childhood education or school contexts.

The role of stories in literacy development

The importance of stories for literacy and identity, and the many ways to share stories in early childhood education.

Strategies for promoting awareness of print in early childhood education

How to support phonological awareness in ECE settings

Key insights from our webinar with Professor Claire McLachlan