In a webinar, Associate Professor Mere Skerrett from Victoria University of Wellington shared her insights into her work on bilingualism and language development in early childhood settings. Mere put forward some key ideas about why Māori-English bilingualism is important for all children. She introduced some of the key issues around bilingualism for children, teachers, and families, as well as the possibilities for bilingual learning in early childhood education.

The key highlights from the webinar include:

Māori-English bilingualism helps children to understand and develop their identity as New Zealanders, and develop a sense of belonging to Aotearoa. Māori-English bilingualism enables children to connect with and transition across Māori and English cultural groups, norms, and practices, which is a good foundation for building relationships across the many diverse cultures that make up modern-day New Zealand. In this way, bilingualism is intercultural, helping children to recognise and value dialogue and shared understandings across diverse lived experiences and cultural world views. Being bilingual in the two official spoken languages of New Zealand also creates a strong foundation for children’s own self-determination or rangatiratanga, a guiding principle underpinning both the 1835 Declaration of Independence and the 1840 Te Tiriti o Waitangi. These two documents provide a political impetus for teachers’ intentional promotion of Māori-English bilingualism.

Māori-English bilingualism supports the maintenance of children’s heritage language, as it demonstrates to families that early childhood settings value diverse languages and that no language is valued above another. Providing children with access to Māori and English through bilingual programmes puts teachers in a good position to support a diverse range of community languages. Bilingualism is not opposed to multilingualism. Rather, researchers in applied sociolinguistics position bilingualism on a multilingual continuum and see bilingualism as a form of multilingualism.

There are distinct advantages for children related to being bilingual/multilingual (multilingualism starts with two or more languages).For example, bilingualism enhances children’s ability for attention, cognitive control, decision-making, and advanced executive functioning and children’s varied language experiences can contribute to an understanding of the relationship between language, cognition, thinking, and learning. Bilingual children develop metalinguistic awareness, recognising language as a system of symbols which represent things or acts, and are able to separate the symbols from the thing or acts. They more readily appreciate multiple perspectives as they understand that words vary across different languages for the same object. Understanding these sophisticated symbol systems, bilingual children then are easily able to learn additional languages, even those that bear little resemblance to the child’s home languages. Finally, bilingual individuals are less likely to develop cognitive decline conditions such as Alzheimer’s disease.

Children can easily pick up all the languages used in their communities. Children who grow up in bilingual/multilingual environments are growing up in rich language environments, and infants as young as four months old can distinguish between the different languages spoken by their carers. The early childhood period is particularly significant for language learning. As children’s brains are developing quickly over many different regions, words in any and all languages come to carry thick visual and emotional associations.

A number of historical factors impact on support for and competencies in Māori-English bilingualism. The colonial history of Aotearoa New Zealand, with its policies and systems such as the privatisation of knowledge and of land, and the introduction of Western economics and political systems, has led to significant power inequities for Māori, making it important to continually question and critically reflect upon the dominant ideas underpinning policies, practices, and curricula in early childhood settings. For example, ideas based on language hierarchies and linguicism (discrimination based on language) can lead to practices in which English is given precedence and seen as the more important language to learn. This idea has become normalised and may dominate to such an extent that it goes unnoticed in day-to-day interactions, and reinforces mainstream ways of operating. Supporting children to become bilingual occurs within, and is constrained by, these contexts.

Language proficiency is critically important. Teachers need to provide good models of language, and to be speaking plenty of reo to children. It is also important to support the proficiency of families and communities. Remembering that early childhood settings are nested inside communities, teachers might recognise the reciprocal obligations and responsibilities they hold with families and communities. It is important to take into consideration that many whānau don’t live near their tribal regions, don’t speak te reo, and may have intergenerational trauma around their language identities. Teachers might need to seek ways to break free of the confines of institutional rules, and find pathways into communities, for example, by finding ways to address and improve issues of accessibility to resources for families and communities. It is important that whānau, hapū, and iwi remain at the centre of the Māori language regeneration space. Teachers might find out about the language regeneration plans and policies of the local iwi to learn about where people are at in the regeneration journey and understand what community needs are.

Teachers can intentionally develop pedagogies for promoting bilingualism. For example, teachers at the Kōhanga had a pedagogy of going out into the community as much as possible for different trips, because they wanted children to see te reo Māori was thriving out in the community. Teachers also used a pedagogy of song-writing to support oral language development. They researched the history of a place and wove stories of the land into song. Teachers also need bilingual resources and knowledge about the pedagogical principles of language learning and second language acquisition.

With the use of Te Arapū (the Māori alphabet), children can easily learn to decode and write texts. This is because there is a one-to-one correspondence between the way Māori is written and the way it sounds. Learning the Te Arapū song can help children to learn the letter sounds significantly. Children can be shown that reading and writing are powerful tools when they get to use literacy skills for a purpose, such as decoding clues to find treasure!

You may have missed

Being trauma-informed and trauma-aware in schools

The state of literacy; how bad are things and why does it matter? 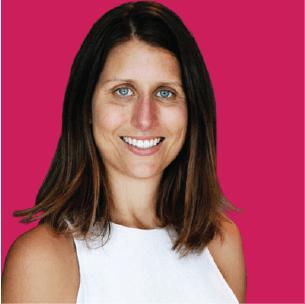