Aggression and bullying in early childhood

The research review What is bullying? outlines the four essential characteristics that define bullying – it is mean and hurtful, persistent and ongoing, intended to cause harm, and involves a real or perceived power imbalance – with some concrete examples of bullying behaviours. Bullying behaviours can be seen across all developmental stages. However, what bullyinglooks like during early childhood is quite different compared with older children. This resource helps to illustrate how bullying develops in early childhood and how to spot it, activities and strategies to prevent bullying from occurring, and effective ways to address bullying when there is a need for intervention.

Researchers are becoming increasingly interested in bullying behaviours used by very young children. This is because previously early childhood has been thought to represent a developmental period where children are still learning acceptable and unacceptable social behaviour. You might have heard other adults dismiss bullying behaviours by saying things like ‘kids will be kids’ or ‘they’ll grow out of it’. It is not uncommon for some teachers to overlook bullying because they think children are too immature, innocent, or incapable of using deliberate harmful behaviours. While these perceptions can be true, there is now substantial evidence[i] that shows children as young as three can engage in aggressive behaviours that meet the four essential characteristics that define bullying, and that these are not considered typical, developmentally appropriate behaviours. As young children’s behaviours become more challenging and complex, teachers and parents are becoming more concerned about preventing the emergence of bullying.

Bullying can emerge in children as young as three and we’re likely to see bullying to occur in preschools, kindergartens, playgroups, childcare, and any other social context where children interact (such as home, extended family gatherings etc.).

Young children’s bullying behaviours can be reinforced by the reaction of others. Consider this scenario: a child is playing with a toy and another child comes over and demands to play with the toy. The targeted child sits crying and reluctantly hands over the toy to the child. The aggressive child is likely to target the same child again in the future and the bullying behaviour may continue and escalate. The submission of the target child has reinforced the aggressive child’s behaviour because the child has achieved their goal of playing with the toy. If this behaviour is allowed to continue, the aggressive child’s behaviour will continue to be reinforced and the behaviour may become more hurtful and deliberate.

During early childhood, modelling is an incredibly powerful way young children learn positive and negative behaviours, including bullying. When children observe their peers participating in bullying behaviours, they may try out similar tactics. They may target the same child who had been victimised, perceiving them as an ‘easy target’ to get what they want. Without intervention, this early engagement in bullying can escalate and several months later there may well established power hierarchies and dominant children who continue to regularly bully their peers.

How can teachers spot bullying?

What is bullying? described some examples of bullying behaviours that children and adults use. This includes physical, verbal, relational, and cyber bullying. During early childhood, physical aggression (such as hitting, kicking, pinching, or throwing objects) is the most common aggressive behaviour children use. Physical aggression usually peaks at approximately 4 years of age and slowly declines as young children develop language, social, and self-regulation skills. Relational aggression, such as excluding a peer from play by saying ‘you can’t play’ with the intention to exclude, and ignoring or whispering about another peer, are also common examples of aggression that could lead to bullying. As children get older and their language develops, they are also likely to use verbal forms of aggression such as threatening to hurt other children, yelling and swearing at others.

Who is involved in bullying behaviours?

The bully is the child who targets another child and instigates the bullying behaviour.

The victim is the child who is the receiver of the bullying behaviour.

The bystander is the adult, child or children who watch the bullying behaviour occur.

All children can be a bully, a victim, or a bystander and they can move between these roles.

How can we prevent bullying?

Bullying is completely preventable and the great news is that preventing bullying during early childhood is a lot easier compared with middle childhood and adolescence because children are still learning about what is acceptable and unacceptable behaviour. Young children are likely to try out new behaviours, wait to see how their peers and teachers react, and then decide whether the behaviour is acceptable or unacceptable. This allows teachers to intervene before aggressive behaviours escalate into bullying. It is better to intervene too early than too late[ii]. The following considerations will help ECE leaders and teachers to develop a consistent approach to preventing bullying:

How to prevent aggression and bullying

Below is a list of practical strategies, activities, and resources that you might find useful to teach these skills as one way to help prevent bullying and aggression.

Teach children to become kind and sociable individuals. During the early years, young children are great at modelling behaviours they see others using. Teacher’s modelling of appropriate social skills such as sharing, speaking kindly to others, using manners, listening and cooperating are opportunities to teach young children the behaviours you want them to use.

While modelling is powerful, young children also need to be explicitly taught social skills. He Māpuna te Tamaiti: Supporting Social and Emotional Competence in Early Learning is a resource recently developed for early childhood kaiako that provides descriptions and practical strategies on four key areas: creating a supportive environment; promoting emotional competence; promoting social competence; and supporting learning and engagement. He Māpuna te Tamaiti is embedded within the principles of Te Whāriki and is a great resource for kaiako to self-assess their current practices and areas where additional strategies can be included. Other resources on social and emotional competence in early childhood can be accessed here.

Really listen and understand their feelings. Look for teachable moments to teach children empathy. Young children who can empathise with others are less likely to use aggression and bullying behaviours because they know that these behaviours might hurt their peer. For young children to develop empathy, they need to understand feelings and emotions. Teaching about and labelling feelings and emotions is an excellent strategy that can be embedded in your day to day practices. You might like to use storybooks such as:

Asking children questions like ‘how do you think (child) feels when you won’t be their friend?’, ‘how would you feel if you weren’t allowed to play with (child)?’, or ‘how do you know when someone else is feeling left out?’ can help give children the language they need to describe the feelings of a bully, victim or bystander. Teaching young children strategies to self-regulate can also prevent aggression and bullying behaviours from escalating. Some examples of simple strategies to teach children include:

When teachers, parents/whānau and children practise acts of kindness, it makes the giver and receiver feel good about themselves. Encouraging children to look for opportunities to display kindness can promote their prosocial skills and awareness of others.

Use a variety of resources to model appropriate social skills and behaviours to children. You can get creative and use puppets, storybooks and role-play to teach children about how to be kind and sociable individuals. Whatever strategy you choose, make it a fun, mana-enhancing experience for teacher and children.

Intervening in aggression and bullying

Clear and consistent expectations. Effective intervention also requires consistency and follow-through. A great first step is to consider the centre philosophy, rules, and expectations. Involving children and their parents/whānau in these discussions will help promote a collaborative, supportive environment that is focused on providing a safe environment for children, free of bullying. Coming up with a list of strength-based, mana-enhancing responses to children’s aggressive and bullying behaviours will help with consistency and follow-through. These could be displayed in a central location within the classroom.

The teacher’s behaviour. Remember that a teacher’s intervention response is powerful in modelling expectations, so intervening in aggression and bullying using a calm and firm approach reminds young children that the teacher is in control and will keep them safe. When responding to aggression or bullying, it is important to describe the behaviour that was not acceptable. This communicates to children the specific behaviour you observed and why it is not acceptable. The timing of teacher intervention is also critical to ensure the bullying behaviour doesn’t escalate. The best time to intervene is when the child has calmed down and can process the impact of their behaviour.

Remember, intervention communicates to children that bullying behaviours are not acceptable and will not be allowed. This in turn helps children feel safe because they know the teacher is in control of the situation. Children who are targets of bullying, feel cared for and supported when they can rely on their teacher to protect them and intervene to stop the bullying behaviour. Teachers’ intervention approaches can be used as a teachable moment to teach children strategies that lead to greater kindness and cooperation. Intervention is important because it creates an atmosphere that communicates to children that bullying behaviours are unacceptable. 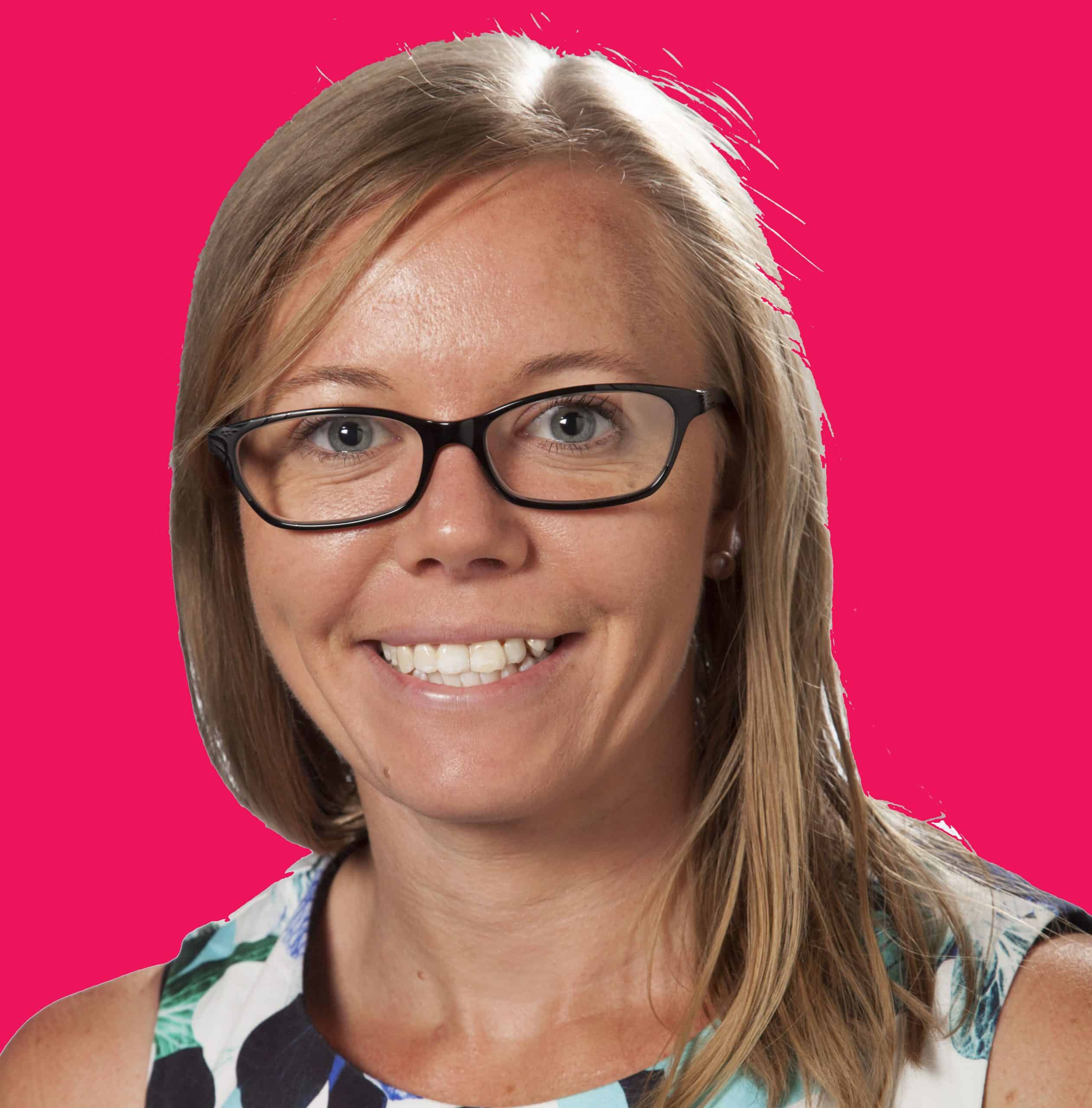 Key principles for preventing and responding to bullying

Bullying and aggression in ECE – what teachers need to know

Key ideas for teachers discussed in our bullying and aggression in ECE webinar with Dr Cara Swit.

Bullying and aggression in ECE

This webinar explores how bullying develops in early childhood and how to spot it, activities and strategies to prevent bullying from occurring

A guide to understanding what differentiates bullying from other mean and hurtful behaviours, and myths about bullying busted.