A brief history of music education in New Zealand

New Zealand music education trends in the twentieth century have largely mirrored those in the United Kingdom. Regulations in 1904 made singing compulsory up to Standard 6, and in 1924, the Department of Education subsidised the purchase of gramophones and gramophone records for use in schools[1]. The Thomas Report in 1944[2] suggested that more time be given to aesthetic pursuits within the school day, but this was later rescinded as a result of the Currie Report of 1962[3], which recommended an emphasis on the ‘three Rs’[4].

Music first entered the canon of academic subjects with its inclusion in the 1945 syllabus for School Certificate, the third-year secondary qualification predating the NCEA. Assessment for this course comprised a three-hour written exam until 1971, when an aural component was introduced. This prescription, which was almost entirely classical, remained in place until 1993 when a radically new system was introduced. The new approach included the internal assessment of student instrumental performance and composition, and saw the abolition of the study of centrally-prescribed set works. During this period (pre-national curriculum documents), performing, composing, and listening provided a broad structure for teachers to follow as ‘create, recreate, and appreciate’[5].

Since the 1990s there has been a major shift in thinking about music education away from the idea of music appreciation and music as ‘aesthetic education’ – an approach centred on listening and coming to know music’s formal elements and affects – to a more practical and pragmatic approach where the curriculum has been opened up to a wide variety of styles and approaches to teaching and experiencing music. Music, like art, has become a more practical undertaking, aided particularly since the 1990s by developments in ICT which have allowed students new avenues for musical exploration, particularly as composers.

The approach to pedagogy in primary school has always been somewhat more practical than was the norm in secondary schools up until the 1990s, despite the fact that specialist teachers with music degrees are generally employed to deliver the curriculum in secondary school. Somewhat curiously, however, until the 1990s it was possible in New Zealand to study music at secondary school for school qualifications without playing or composing a note of music. Around the late 1980s, a number of secondary music teachers in New Zealand became dissatisfied with the nature and scope of the music curriculum and, spurred on by changes in the United Kingdom where popular music, performing, and composing were being introduced into the curriculum, began to demand changes[6]. Teachers and others argued that wider cultural changes and tastes needed to be reflected in the curriculum which was narrowly focussed on the history and analysis of western classical music.

Changes to the curriculum experienced by students were initially brought about by changes to the senior school assessment (both School Certificate and Sixth Form Certificate), when performance and composition were introduced. In addition, students could perform on any instrument they chose, which meant that popular music and jazz entered the curriculum. The national prescription of set works was also abolished, and teachers could choose which music to study in their school. The assessment systems now included practical elements rather than just a formal written exam, and music moved from being primarily a subject where music ‘objects’ or pieces of music were studied to one where students could actively play, compose, and study music from a variety of styles and cultures. This can be described as shift from the dominance of knowledge-that (academic knowledge) to the inclusion of know-how-to (procedural knowledge). This was a much-needed recalibration for secondary music education, but in more recent times it has been argued that the recalibration has resulted in a swing in the opposite direction, where important concepts and content , or ‘knowledge-that’ (as opposed to competencies and skills, or ‘know-how-to’), are now missing from many music programmes in New Zealand secondary schools[7].

Pedagogy has become much more oriented towards music as practice in the secondary school since the 1990s. Students gain credits for performing as soloists and in groups, but often these aspects are developed out of school time, in private or group studio lessons, for example. In class, utilisation of music technology is now the norm, where students spend a lot of class time learning to compose and arrange music via music sequencing and notation software, as well as studying pieces of music that are often directly related to their musical interests.

[2] Department of Education (1959). The Post-Primary School Curriculum. Report of the Committee

appointed by the Minister of Education in November 1942 (The Thomas Report). Government Printer. 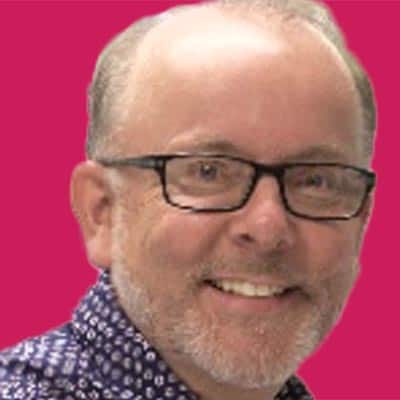 Dr Graham McPhail is a senior lecturer in the Faculty of Education and Social Work at the University of Auckland. He took up this position in 2015 after 20 years of work in the secondary education sector. His research is centred on the role of knowledge in the curriculum, in particular within C21 schooling and music education contexts. He was lead editor for New Zealand’s first volume on secondary school music education Educational Change and the Secondary School Music Curriculum in Aotearoa New Zealand, published by Routledge in 2018. Graham has published widely, with over 50 outputs in a wide range of journals, books, and CDS both in New Zealand and internationally.

An overview of music as an academic subject and its place in the curriculum.

A guide to the key principles of teaching music in primary school.