Talk to The Education Hub report launch: ‘On Knowledge: Towards understandings of place(s), space(s) and role(s) of knowledge in and for education’

Congratulations to Nina and the other contributors to this report. In our busy lives it is so very useful to take time to reflect on such important questions as to our understandings regarding our roles as educators, and our understandings of the places, spaces and roles of knowledge in and for education is certainly a most central consideration. I really like this idea of commissioning short provocation pieces around a topic such as this and providing them to the wider education community.

I noted David Kupferman’s acknowledgement that Indigenous perspectives have now begun to inform conventional Western epistemologies. Sadly, in many instances this recognition has come too late. So much Indigenous knowledge has been lost forever, due to the impact of colonisation and also ongoing current globalisation practices of destroying Indigenous habitats such as rainforests to replace them by agricultural monocultures.

Carl Mika reminds us that in a Māori world view, ‘the self is no greater than any other thing’. This doesn’t just mean that for Māori the whānau is the primary site of analysis, it means that as fellow descendants of Ranginui the Sky Father and Papatūānuku, humans are intimately related to our whanaunga, our relatives, the trees, plants, birds, insects, ancestral rivers, mountains and guardian Atua and taniwhā. Lesley Murrihy alludes to such spiritual intersubjectivity. Our interdependence, or as the Vietnamese Buddhist teacher Thich Nhat Hahn says, our ‘interbeing’ with our biosphere and with all who share our earthly home is something that has been largely absent from modernist Western understandings.

Dame Ann Salmond reminded us in her recent book ‘Tears of Rangi: Experiments across Worlds” of how the old European vision of the ‘Great Chain of Being’ positioned God at the top, “followed by archangels, angels, divine kings, the aristocracy, and successive ranks of human beings, from ‘civilised’ to ‘savage’, followed by animals plants and minerals, and the earth in descending order. Those at the top of the Great Chain exercised power and authority over those lower down…me over women and children, free men over slaves, and ‘civilised’ people over ‘barbarians’ and ‘savages’” (Salmond, 2017, p. 35-6)

We now recognise that knowledges are historically, politically, culturally, economically and socially situated and constructed. Theorists such as Paulo Freire and Michel Foucault have helped us to understand that knowledge is not neutral or apolitical, and to challenge the tendency towards reliance on these hierarchies, compartmentalisation, essentialising and simplistic binaries that obscure the complexities and diversities of our world. Yet the assumption of the universalism and pervasiveness of western knowledge is seldom critiqued for its damaging hegemonic impacts with regard to ignoring, devaluing and in many instances obliterating other knowledge systems.

The anthropocentric and hierarchical nature of western knowledge systems have in turn led to the environmental and planetary crisis of our current era of human influence on the planet which is now being labelled as the ‘Anthropocene’. The current global economic systems where decisions are made by the few at the expense of the wellbeing of the many, do not reflect an ethic of care for humanity or the planet.

Andrew Gibbons and Janita Craw point out the value of educators recognising the funds of knowledge that children bring to the collective of the education setting. These knowledges though, are not just from the child’s immediate home, but from their ancestors, their cultural lineages, to be carried forward through their whakapapa to future generations. Much of this knowledge, including the lingering effects of intergenerational trauma, is embodied, carried in the DNA, not necessarily accessible to consciousness but nonetheless present.

Knowledge acquisition, then, is now recognised as more than purely a cognitive transmissive exercise in which children, pinned to their desks like butterflies (as Maria Montessori once described them) rote learn prescribed sets of content. We are learning to challenge such artificial dualisms as mind/body separation, recognising that knowledge comes through multi-sensorial awareness, not from the pointed end of the teacher’s ruler.

Graham McPhail, draws on Biesta’s critique of ‘learnification’ to highlight knowledge ‘blindspots’ and the trend towards focusing on generic competencies over discreet bundles of required knowledge, recognising the subjectivity of decision-making as to what knowledge is deemed worthy of being included in any particular bundle.

In the early childhood care and education sector, our focus for some time has been on fostering young children’s dispositions as learners, and as caring members of the collective. These dispositions for learning such as curiosity, collaboration, critical thinking and problem solving enable children, drawing upon their senses, their intuition, their explorations and conversations, along with their cultural funds of knowledge, to develop their own ‘working theories’ with which to make sense of their worlds. In our sector of early childhood care and education we are more concerned with the recent ‘schoolification’ influenced by the previous government’s extremely narrow focus on literacy and numeracy.

Neoliberal social and economic policies have been particularly damaging to education in Aotearoa New Zealand, undermining the proud legacy of progressive educational thinking that was fostered by, for example, the early Froebellian kindergartens and the ideas of Susan Isaacs and other members of the New Education Fellowship promoted at a conference for all New Zealand teachers in 1937.

In addition to prioritising in our primary schools literacy and numeracy to the exclusion of a holistic balance of curricular components, neoliberal education policies abandoned oversight of knowledge content in the charter/partnership schools, and treated knowledge as a commodity as in cost/benefit analyses of ‘investing’ in education and in constructs such as ‘the knowledge economy’, and have also resulted in the failure of ‘the market’ to deliver in relation to teacher supply so that we now have an extreme teacher shortage. In response, the Ministry of Education is currently importing hundreds of teachers from overseas.

Whilst these teachers will undoubtedly bring rich knowledges from their home countries, I do hope the Ministry is going to ensure they are equipped to connect with the knowledges of the children they are going to teach, and particularly with children who are from Māori and/or from Pacific Islands backgrounds far removed from these teachers’ previous experiences and who remain under-served by neoliberalist ‘prioritisation’.

Currently, our climate and planetary boundaries are threatened to the extent that a massive extinction of our fellow earthly creatures is underway, and pollution and exploitation of the earth’s resources has resulted in unprecedented degradation of our planet to the point that the technosphere outstrips the biosphere, and yet the onslaught of hyper-capitalism continues unchecked and largely uncritiqued.

Given this context I wonder what dispositions and knowledges teachers should be considering fostering via their pedagogical strategies, since as Timothy Morton has explained, because of such ‘hyperobjects’ as the previously unknown phenomena of the current climate crisis, “we are now living in a time of quite literally unthinkable change” (as cited in Guardian article by Blasdell 2017). It seems likely that as educators we need to consider un-knowing some of the premises that have precipitated this planetary crisis. 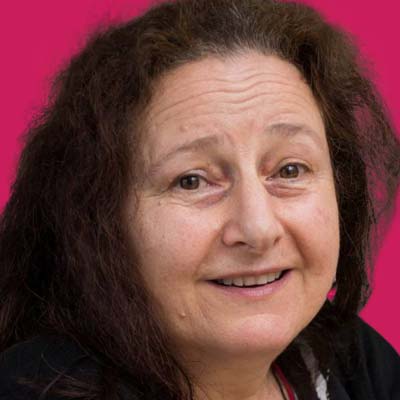 Jenny has a background as a child-care educator and kindergarten teacher, followed by 30 years’ experience in early childhood teacher education. Her teaching, research, and writing has focused on supporting early childhood educators and teacher educators to enhance their praxis in terms of cultural, environmental and social justice issues. From 2004-2009 she led three consecutive two-year studies funded by the New Zealand Teaching and Learning Research Initiative. She has also been an International Research Fellow with the Velma E. Schmidt International Critical Childhood Policy Studies Collaborative under the leadership of Professor Gaile Cannella.

Key insights from our webinar with Irene Anderson and Jennifer Glenn on teaching reading and writing across subject areas in secondary schools.