Ask the child to point to the larger/smaller/fewer of two sets of objects, or to the largest (or smallest/fewest) of several sets.

Note: The smaller the difference between the set sizes and the larger the set sizes becomes (e.g., 8 vs. 9 marbles), the more difficult the comparison. You may need to define ‘smaller/ fewer’ to children first.

3 Guided activities to support each skill

Type 2: Simple arithmetic
Adding to or subtracting from small sets of objects

Place a small set of objects one by one into an opaque box or under a cloth (so that the objects are hidden). Then either add to the set by placing additional objects inside one by one, or removing some objects from the box/cloth one by one. Then, give the child their own set of objects to represent or recreate the resulting set of objects.

3 Guided activities to support each skill 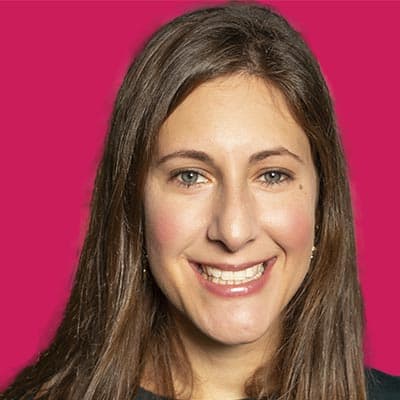 Dr Erica Zippert is a Postdoctoral Research Associate at Purdue University. She studies young children’s broad mathematics development and how it is supported during social and playful interactions with parents and peers in a variety of informal contexts. She also examines the roles of context (traditional activities/games as well as digital apps/eBooks, activity goals), and parent and child factors (parental beliefs, child math abilities and interests) in determining the quality of early math experiences and subsequent math learning.

COMING UP: 09:30AM SATURDAY JULY 23 Dr Erica Zippert will talk about how to support children to explore and develop their understanding of foundational maths skills involving numeracy, patterns, and spatial understanding

An introduction to supporting early maths in ECE

How to recognise and develop children’s early interest in and enthusiasm for maths in early childhood settings.