Neurodiversity is a term used to describe neurological differences in the human brain. From this perspective, the diverse spectrum of neurological difference is viewed as a range of natural variations in the human brain rather than as a deficit in individuals. The concept of neurodiversity has foundations in neuroscience, with studies of neuroimaging (brain imaging) showing differences between individuals’ neural pathways – those who are neurotypical and those with neurodiversity. Put simply, this means that humans’ brains are wired differently, and those differences can have a direct impact on an individual’s thinking and learning. These differences are often diagnosed as neurological conditions. Neurodiversity is an umbrella term that includes both conditions that are life-long and those that can develop throughout life. This includes acquired illness or brain injury, Autism Spectrum Disorder (ASD), Attention Deficit Hyperactivity Disorder (ADHD), dyscalculia, dyslexia, dyspraxia, intellectual disability, mental health, and Tourette syndrome.

Where did the concept of neurodiversity come from?

The emergence of the term neurodiversity is linked in the research literature to Judy Singer, an Australian sociologist, who has autism. In the late 1990s, Singer rejected the idea that autism was a disability and instead proposed that autism was a difference in how the human brain works and a representation of neurological diversity. The term was quickly adopted by the wider disability community, with the term neurotypical being used to represent typical neurological patterns and neurodiversity to represent neurological differences.

This includes conditions with which an individual is born, and which are not considered to be a health condition. Applied neurodiversity refers to difficulties in the application of skills such as gross motor control, number concepts, and reading. Conditions that can be classified as applied neurodiversity along with their characteristics are shown in Table 1.

This includes neurological differences with which an individual is born, and which are considered to be health conditions. Clinical neurodiversity relates to difficulties in communication, social skills, behaviour, and impulse control. Conditions that can be classified as clinical neurodiversity along with their characteristics are shown in Table 2.

Includes neurological differences that can develop as part of a health condition or injury.

Conditions that can be classified as acquired neurodiversity along with their characteristics are shown in Table 3.

In some of the literature on neurodiversity, what is often referred to elsewhere as Autism Spectrum Disorder (ASD) is instead referred to as Autism Spectrum Condition (ASC). While different in approach, these terms are referring to the same thing. The shift in language is deliberate as it rejects the medical model of diversity that frames human differences as disorders that need to be cured in favour of a more social model of diversity as a natural occurrence. While this aligns with the neurodiversity model, it is not applied universally. For example, Attention Deficit Hyperactivity Disorder includes the words deficit and disorder, neither of which reflect the social model of difference with which neurodiversity is aligned. This terminology is a representation of the pervasive influence of medical models of diversity rather than a representation of the neurodiversity perspective.

The concept of neurodiversity represents a strengths-based model which acknowledges that, while some children learn and think differently, these are simply differences and not deficits. The neurodiversity model shifts the focus away from the challenges that a neurodiverse individual may experience to the strengths that they possess. For example, an individual diagnosed with dyslexia may experience difficulty decoding words and have great visual communication skills.

Designing learning programmes and tasks that allow children to draw on their known strengths can create opportunities for students to access the class curriculum in ways that suit their individual abilities. Using a strengths-based approach is one way to create learning opportunities that allow students to experience success and develop confidence in their abilities while also ensuring that the things that children find challenging do not become barriers to their learning. Designing learning programmes that allow children to access the class curriculum in a number of ways is an approach that can benefit not only neurodiverse learners but all learners.

By highlighting the positives of neurodiversity, the strengths-based approach has the potential to increase awareness and understanding about neurological difference while also reducing social stigma. The positive framing of difference in the neurodiversity model can also assist teachers and schools who may be thinking about how to support neurodiverse students to be successful learners.

One goal of the neurodiversity model is to provide appropriate support for neurodiverse students. When a child has an official diagnosis, support can be tailored to meet their individual learning support needs based on the challenges that diagnosis brings. Some children may never receive an official diagnosis but still present characteristics that align with a neurological condition. Support can still be provided to these students using the strengths-based approach of the neurodiversity model. When a child does not have an official diagnosis and a condition is suspected, it is important to consult with the child’s family before seeking further professional advice.

There are many ways that teachers and schools can support neurodiverse students. This may include fostering a school culture that celebrates diversity, providing teachers with professional development on supporting diverse learning needs, and incorporating student voice in decision making processes. In terms of classroom support, teachers should ensure that learning programmes and the learning environment are designed in ways that engage all students. This may include providing content in multiple formats that allow students to access information in a way that suits their learning strengths, and multiple options for how a student may represent their learning.

Where additional learning support such as teacher aide support or specialist support like speech language therapy is needed, referrals can be made to the Ministry of Education by contacting a regional service manager. Referrals are generally made by a school’s Special Education Needs Coordinator (SENCo). In cases where a school does not have a SENCo, teachers or other senior leaders may make referrals.

There are a number of myths and misunderstandings associated with neurodiversity and neurodiverse students.

Masataka, N. (2017). Implications of the idea of neurodiversity for understanding the origins of developmental disorders. Physics of Life Reviews, 20, 85-108.

Silberman, S. (2015). NeuroTribes: The legacy of autism and how to think smarter about people who think differently. Sydney: Allen & Unwin. 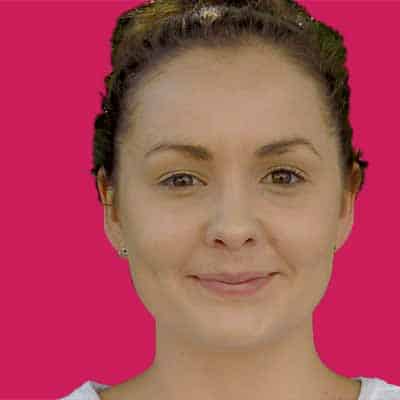 Julie is a special education teacher currently completing a PhD at the University of Auckland. She is exploring ideas about inclusion and inclusive pedagogies from special school perspectives. Julie specialises in working with students with autism spectrum disorder and wants to help make research in this area more accessible to a greater number of teachers.

How to promote the success of students with Developmental Language Disorder in secondary school.

An introduction to Developmental Coordination Disorder

How to support students with Developmental Coordination Disorder in schools and classrooms.

An introduction to Developmental Language Disorder

An overview of DLD, one of the most common forms of neurodivergence, and how to support students with DLD in the classroom.

Supporting neurodivergent students in the classroom

COMING UP: 7.30PM TUESDAY AUGUST 22Dr Emily McDougal (University of Surrey) will share insights from her work into supporting neurodivergent students in schools and classrooms

Sensory processing differences in the classroom

An introduction to understanding sensory processes differences and the impact they may have in classrooms and schools.

Dr Chiara Horlin offeres practical ways that teachers and schools can help to ameliorate these challenges and support neurodivergent students to celebrate and use their strengths in the classroom.

Exploring the challenges that neurodiverse students face in schools and as they move on to tertiary education, as well as how teachers and schools can help to ameliorate these challenges