Do we need a primary care system for our centre?

A lot of people say you’ve got to have primary care. Well it depends on the group. If you’ve got six in a group, you know you’ve only got two teachers anyway, and so it’s not a big issue. It’s only when you get these very large groups of say, 15, 20, 25 children that you need primary care because the child could possibly get quite lost and wander around quite aimlessly not knowing who’s who…. In Māori pedagogy you don’t have primary care, it’s the whānau group that’s important.

“It takes a village” you know, in other settings there are some people who are excellent at that particular thing, and somebody else who is excellent at taking them for a walk, or putting them to bed. They’ve got the advantage of having so many different people, as long as obviously it’s not overdone but parents actually do want their children to get on with others. It’s interesting – I suppose it’s down to having some discussions with families about early childhood practices and about how they can be beneficial.

Then there’s issues like settling and I think that can be very stressful for children when they’re not given an opportunity to be staggered, when a whole lot of babies start at the same time … and so that idea of settling is something that needs to be really thought through as well and talked about.

Do I need to be consistently available to an infant or toddler in order to develop strong attachment?

I’ve always thought that primary care involved two people. I don’t know how we get around that discourse, because we don’t use the term primary care as much now – it’s usually key teacher. We’ve had a co-teacher in terms of primary care but co-key teacher doesn’t sound quite right.

People can get hooked up on attachment, and they think in quite a narrow way, whereas I think, when you look at holistic development, there’s different ways different cultural and family groups feel that they’re attached, that I think it just boils down to attention. Children seek attention, it’s an innate drive isn’t it? It’s a little bit like if we have a relationship with our partner we certainly want their attention – we don’t want to be ignored.

What do parents think about primary care? 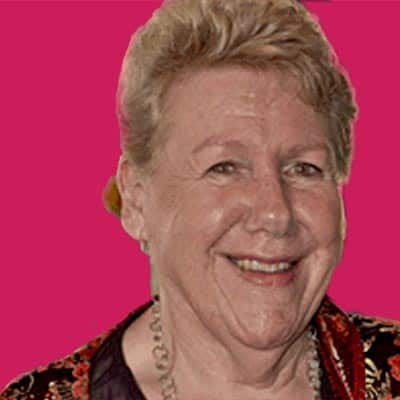 Jean Rockel is an Honorary Academic at the Faculty of Education and Social Work, The University of Auckland. She is a passionate advocate for the rights of very young children for early learning.

Pedagogy for infants and toddlers

Five reflective questions to ask about your infant and toddler curriculum

Tina Tacken, leader or the infant and toddler space at the AUT Childcare Centre, discusses how she balances Magda Gerber’s concept of respectful practice with the need to develop a rich language environment
Read more
Pedagogy for infants and toddlers

Five reflective questions to ask about your infant and toddler curriculum

Five questions designed to help you reflect on the infant and toddler curriculum in your ECE setting.
Read more
Pedagogy for infants and toddlers

How do you view babies?

Reflective questions to help you reflect on your practice working with babies.
Read more
Communication and oral language in ECE

Why you must talk to infants and toddlers

Why it is so important to talk to very young children, and specific strategies to use when communicating with infants and toddlers.
Read more
Communication and oral language in ECE

Talking Matters: What teachers need to know about language and responsive relationships

Emma Quigan from Talking Matters talks about what they have learned from their research with mothers and their children about babies’ exposure to language.
Read more

ABOUT US
The Education Hub's mission is to bridge the gap between research and practice in education. We want to empower educators to find, use and share research to improve their teaching practice, and then share their innovations. We are building the online and offline infrastructure to support this to improve opportunities and outcomes for students.
FOLLOW US
© The Education Hub 2019 | Site design: KOPARA
This website uses cookies to improve your experience. We'll assume you're ok with this, but you can opt-out if you wish. SETTINGSACCEPT
cookies policy

Founder of The Education Hub