This resource provides a brief overview of autism including the defining characteristics, the early signs of autism, the identification and diagnostic process, and the importance of early intervention.

Autism, autism spectrum disorder, or ASD, is a type of neurodevelopmental disorder. This means that autism is present early in life and it is thought to be due to differences in the brain. Recent estimates suggest that as many as one in 59 children may be diagnosed with autism. Males are currently three to four times more likely to be diagnosed with autism than females, although research suggests that females may be underdiagnosed.

For example, does not notice pain or temperature, dislike of specific sounds or textures

Most children who are diagnosed with autism also have one or more other medical or behavioural conditions. This could include intellectual disability, language disorder, self-injurious behaviour, epilepsy, attention deficit hyperactivity disorder, mood disorder, sleep problems, and/or issues with eating and drinking. When working with children with autism, it is important to be informed about any co-occurring conditions.

Without appropriate support, the characteristics associated with autism may make it harder for a child to function in social situations, at school, and/or at home. Autism is a broad spectrum, meaning that some children may require a lot more support than others. The amount and type of support that each child needs will also change as they develop. It is important to remember that children with autism are just as different from one another as any other child. As the saying goes: ‘if you’ve met one person with autism, you’ve met one person with autism’.

The way that autism is defined and described has changed a great deal since it was first identified in the 1940s (Kanner, 1943).[ii] For example, Asperger’s syndrome was a term for individuals who had difficulties with social interaction and repetitive and restrictive behaviours, interests, and activities but did not have cognitive or language delay. These individuals would now receive a diagnosis of autism spectrum disorder rather than Asperger’s syndrome. It is likely that the definition and defining characteristics of autism will change as researchers learn more about this condition.

Many of characteristics associated with autism can be viewed as strengths. For example, about 10% of children with autism are described as ‘savants’, which means that they have outstanding skill or knowledge in one or more areas. These areas include music, mathematics, art, or memory for things like dates, places, or facts. Children with autism who are not savants but do have special interests often know a lot more about this topic than their peers. This can be beneficial, for example, a child who is very interested in computers could go on to have a successful career in this area. Some children with autism also have excellent attention to detail, which may be linked with increased sensitivity to certain sounds and textures. Many very successful people have a diagnosis of autism spectrum disorder. Well known examples include Temple Grandin, an author, public speaker, and professor of animal science, Susan Boyle, a Scottish singer who has sold more the 14 million albums, and Satoshi Tajiri, the creator of Pokémon.

Myths and misconceptions about autism

Autism has received a lot of attention in popular culture and in the media. This has led to the creation and spread of several myths and misconceptions. These are some examples of beliefs about autism which are not supported by research:

Absence or ‘poor quality’ of:

What to do if you’re concerned

It is important to remember that some children who show several ‘red flags’ for autism may not go on to have a diagnosis. Only trained professionals can diagnose a child with autism. Labelling a child as having autism without an official diagnosis can cause unnecessary distress for the child’s family/whānau.

As a teacher, there are several things you can do if you have concerns about a child:

In New Zealand, most young children who are suspected to have autism undergo assessment with the Child Development Service, which is part of their local District Health Board. It is recommended that ASD assessment is conducted by a multidisciplinary team.[iv] Typical members of the team include paediatricians, child and adolescent psychiatrists, clinical or educational psychologists, speech-language therapists and occupational therapists. This assessment should include:

The importance of early intervention

Arguably, there is little point in providing an early diagnosis if it does not lead to tailored early intervention. There is a lot of research to suggest that the earlier a child receives intervention, the greater the progress he or she is likely to make in areas such as communication, social skills, and daily living skills. Although early intervention does not ‘cure’ autism, it can sometimes lead to a reduction in some of the symptoms associated with autism. This is particularly the case when a child receives many (20 or more) hours of intervention per week. However, this is not always possible in New Zealand due to funding and a lack of appropriately trained service providers. Regardless of the number of hours of intervention per week, it is important to ensure that the strategies used to support children with autism are based on high-quality research evidence. 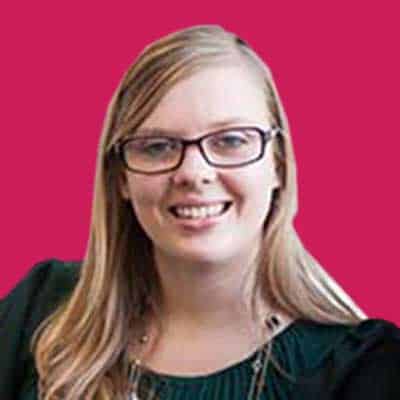 Hannah is a lecturer at Victoria University of Wellington, and is also a practicing educational psychologist and certified early start Denver model therapist. Her research focusses on the evaluation of early intervention approaches for young children with autism which are effective and feasible in a New Zealand context.

An introduction to a rare but distinct form of autism

A visual scheduling tool designed to help parents and teachers of children with ASD support their learning and wellbeing.

A set of practical strategies and approaches to help teachers support students with autism to thrive at secondary school.

An introduction to evidence-based strategies that can be used for teaching students with autism spectrum disorder in mainstream primary school settings.